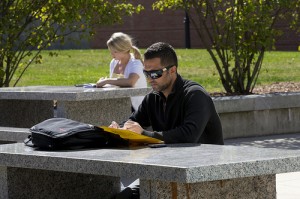 With increases in tuition costs, families are facing some tough choices.

Although more students are getting help from scholarships and tax breaks, the net cost of college is continuing to rise, according to a report released Wednesday.

The sticker price of studying and living on campus at the average public university rose 5.4% for in-state students, or about $1,100, to $21,447 this fall, the College Board estimated.

The chief cause of that increase was a dramatic spike in tuition and fees at hundreds of public universities. Tuition at the average public university jumped 8.3% to $8,244.

“Partly it’s a result of rising costs in the economy,” said Barry Wilson, a researcher at the Center for Education Affordability at the University of Virginia. “Energy costs are up. Food costs are up. Construction costs are increasing. These cost all impact universities.”

Boston University posted the highest percentage increase in the country by raising tuition and fees by 31% to $6,596, according to Collegestats.com. The University of Florida hiked its tuition 11.5% to $15,250, giving Florida the most expensive public college system in the country.

While community colleges also reported sharp 8.7% gain, they are still a bargain: only about $3,000 a year for full-time tuition. Recent increases in federal grants and tax benefits raised average total aid above the average tuition price of community colleges. Thus, the typical community college student got the cost of tuition and most textbooks fully covered.

Declining family incomes in the last three years have also made it difficult for families to afford increases, said Sandy Baum, an economist who is the lead author of the College Board’s report.

The only way for people to get the college education they need, says Baum, is to shop smartly for an affordable degree. But rather than picking a college with the cheapest sticker price, says Baum, a better strategy is to seek out colleges with an affordable net price. Starting March 24th, all colleges are required to post a “net price calculator” on their websites that will allow students and their families to figure out how much freshman year will likely cost.